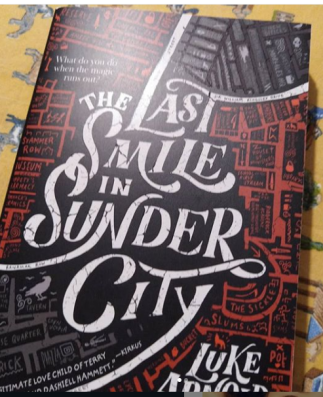 I’ve decided to read it once again without listen the audiobook, when i have received the larger version

(ISBN-13: 978-0316455824) and it has arrived just few days after i’ve buyed it.
As magic, i dived myself again in this world where i met again Fetch, but this time in slower way and i was wrapped myself in his world, and in my mind i relived another time everything he had to say me. In my mind, i have seen again all the scenarios in which he acted, like an old great movie. Sometimes in black & white, sometime in color and in his flashbacks, sometimes with sepia tones.

With this second reading, i have caught certain aspects that in the first reading i’ve missed, and maybe i go too ahead with my imagination, but in certain descriptions in some situation i have could find tiny particulars that they made me thought the real life of Luke, expecially when Fetch, after a show,  he finds himself on the stage and he describes his feelings, staying in the middle of the stage, and after have checked he was really alone, he started to scream. This situation (shouting in the middle of the stage), i like think that Luke had took it from his first theatre lessons: i thnk it’s important to be heard even from the last rows. For me, Fetch’ shout represents this: a desire to be feel himself still alive, and for Luke, a tiny remembrance of his earlier days in theatrical life.
But what that it had impressed me once again (it had impressed me, already, in the first reading), has been the accuracy of the description of the wooden sculpture in the chapter five. In his words i’ve found much of my wounds and scars that i have inside and on my skin. Everytime i have read that description i  haven’t hold back the tears, because in few lines, Luke was been able to describes what i have had to face up in my whole life and even in this second reading, when i had reached the chapter five and above all that description, my heart beated as a crazy.

I know this is not a “professional review”, but what i have wrote come from the bottom the heart and i can add i would read it once again again and again, but at the end of my second reading the book has become so ⇓⇓⇓⇓. 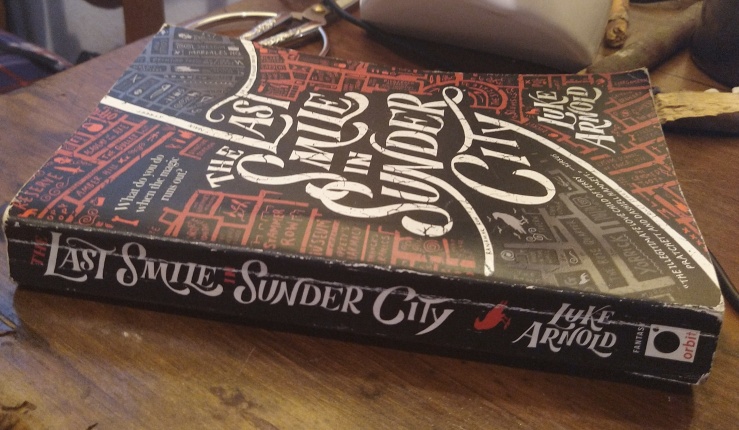 Even after read the first two chapters of Dead Man In A Ditch (a great and beautiful surprise that i’ve found at the end of the book).