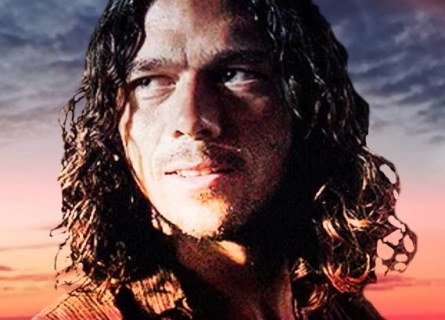 Has been lightning and something has paralysed you without say nothing: you have only staring me.

At beginning, as usual, I was about to react, but more you was looking at me, I more blushed, as if you glance was able to make came out my weakness, and wasn’t able no more to do nothing.
It was the first time that I saw you in the tavern, and as if you was able to read my mind, you have replied: “I come from far, and this village it’s the first that I’ve met: I have rent a room in that inn in front”.
I hadn’t still spoken, but I was hearing you, with my head down.
I knew you was staring me, and I wanted hid some little scars on my face.

My heart was beating strong, while you was trying to catch my attention.
“Why that guy has called you witch?’ you asked.
“Because is a stupid guy. He’s great big, he’s only able to beat the iron, and he say many stupid things, above all when he drunk”. I have replied you always with my head toward down, but I knew your eyes were well set on me.
Then I continued.
“Since I reacted to a provocation, and I have thrown the person against the wall, without touching him, I was always be watched with fear by the others inhabitants of the village. When I come in the tavern, the owner keeping me always a free table, just at a one condition: I can eat, pay, and leave.”
It’s always the same table: that one against the wall at the opposite of the entrance”.

You was the first person, after that incident, who had wanted sit at that table, and now that you had know that story, you didn’t seemed scared. You seemed softer and understanding.
At end, I lifted up my face: your eyes were smiling at me, and I held back the breathe.

Nobody have stopped at my table, like this, for long time: the only one was the fat owner with greasy apron was take me the dishes evening when I went in the tavern.

In your gaze there was an endless tenderness, and I didn’t understand what was attract me of you.
I was ending my dinner, and you was still looking at me, I was still blushing, bringing the spoon to my mouth.
They were the last spoonfuls, and I have called the owner for pay and leave.

When the owner has came, I was about to take the few money for pay the service, but you have anticipated me: you have paid it for me.
I had down my head, and my heart has started again to beat strong.
The owner has left us alone, looking at you very strange: I could feel his thoughts, and they were only warnings to stay away from me.

All in a sudden, but slowly I lifted up my face toward him and our glances meeting. The fat owner looked at me and he ran away scared. You have saw the entire scene, then you have looked at me.
Shyly I thanked you and you have smiled me.

I wanted just go away. I got up and as much as faster as I could i left the tavern.
I have left you there inside speechless.
I was about open the door of the tavern when you have scream: “Wait!” and you have reached me.
Our eyes didn’t wanted break away one from another.

Around there was a mystical aura: we have walked, one close another, along the street dimly lit.
Little by little our bodies touched. We were about to reached my house: the only one, along the street, well lit.

When we arrived under the street lamp of house, you have make me lean me back against the wall of the house, and for a second we looked at each other, and then sweetly your lips were approaching to mine, and slowly and delicately you kissed me.”