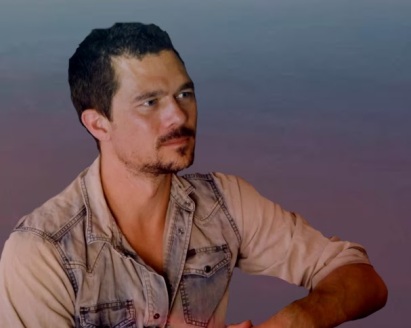 Our hearts beating strong, and the only thing we could has been looking at each other, and then looking at him.
“My dad and my mom came from a long generation of warriors who has fight against any kind of evil.
They has been called for fight in far lands, and they returned always winning, but this time they lost their last battle…”.
When he pronounced that last sentence, we had a thud: my head was about to explode at any time.
I knew… we knew, he was talking about The Nothing, and it was coming from us, it came from our bad stories, our bad experiences of life, and in someways, we felt guilty.

“When you have found again, in that bar your world has clashed several time against our. Each world has his bad side: it’s normal that it so. You have fight for this your world and at the end you have defeated your arch enemy”.
You have looked at me for a bit, and you have remember the last time The Nothing followers had tried to invade again our world.

“When it came in Blue City, it was like a wind storm: it has swetp away everything. Many families destroyed, deleted in few seconds: my parents had found its weak point and they has lost their lives fighting like very great warriors, they has confined it in that grey twirl in which you fallen, and where you have found me. I knew that I would not have meet them no more, so I looked for a way for escape from where I was, and I hid myself in that hole”.

My heart exploded, and you was astonished by what you was listening to, and a tear  was sliding from your face.
You approached yourself to Bathuè, and you kneeled in front of him, and you have said: “Your parents were great warriors, and we see that you are their son: you was able to brought us out from the grey twirl: your parents would be proud of you”.

Bathuè smiled to you, and after a bit he spoken but with a different bit tone of voice: that one mature we heard few hours earlier, and he replied: “They are..” and like an echo, we had hear two voices that said us “We are…” and without explanations we had understood that the two warriors souls were inside Bathuè.”