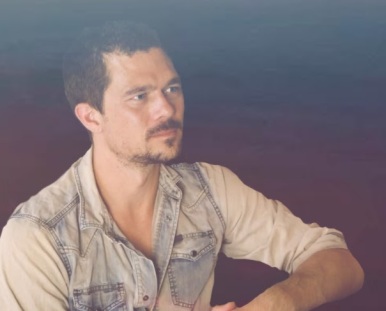 Has left us to finish to eat with calm, while he was serving other clients, and after eat something we were looking at the little creature who still eating, and each mouthful he was swallowing, he was smiling at us thankful.
We have caressed him sweetly.

By now, the idea whirl our heads, it was becoming real always more, from the murmuring we were hearing each time new clients entered in the diner, and they looking at our table: the news of someone who was comeback from the grey zone was a great news, above all if it regarding small creatures.

Now, out from the window of the diner were assembled a lot of people who were watching at us, but above all, they was looking at the little puppy who smiling at everybody.
We were looking at all these people, but we were also astonished.

You taken my hand before speak.
“Sir… what’s going on? Why these people reunited to watch us?”
The owner of the diner has returned to us, looking for to disperse the people who were still looking at inside.
“You can call me Bob” he said us at end and he sat himself at our table, looking the little creature who seemed didn’t care about him, instead he was looking at us, with his big black eyes.

Bob has started to tell us a story about lastet warriors called Bathuè, who were been able to circumscribe that big force in a zone of the city and that in undetermined time, it would destroyed itself.

The Bathuè were simply two creatures who looks like the little puppy.
A white furry creatures with the colour of the face brown and the hands much wrinkly, and the big black eyes.
“When the little Bathuè’- and we had looked the little creature – “has run toward his parents, we had knew that he would not have made it, until today, that’s why so much amazement: we didn’t believe to see again the little Bathuè.
But now, he has comeback, we should think who amongst us will take care of him”.

Without thinking about it, we looked at each other, and at the same moment we have say: “We could take care of him…” Bob seemed stunned about our immediate reply, and the little Bathuè, seemed understand the moment, and he has taken our hands, and without add others else, Bob smiled us, and slowly got up, taking the dishes away.

We looked at each other throwing away the air from the lungs, looking at Bathuè, even him was looking at us.
We knew taking a big responsibility, but now how we could divide us from the little Bathuè?
Throwing us back in the chair, we had took a look at Bob who was walking throught the tables, taking orders, and smiling at the other clients.

Even Bob was a mixed human being: his foots were without shoes cause his foots were webbed with a little fur.
Slowly we looked at each other, and the love we had one for another was growing so fast, that we could feel our hearts beating strong, and at the same moment we had looked at Bathuè, from my eyes has fallen a single teardrop, and you have tightened my hand, whispering me: “It’s normal…”.

Bathuè has repeated your words: for the first time we had heard his voice.
It had something of sweet, but at the same time something of mature.
We remained astonished but we had smiled to him.”