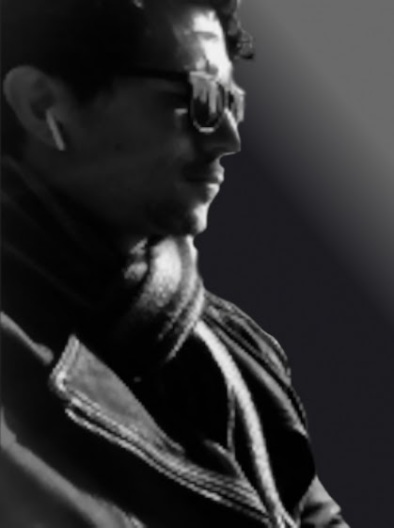 We got up, and we got back in the apartment.
I went to the sofa and I remained there with my thoughts, while you have brought some dishes in the kitchen, then you settled yourself close to me.
You have embraced me, and for long we have didn’t say nothing.
We have only stared the three little sticks on the little table.

Our hearts were about to explode at any time.
In our heads it was forming something like a void, and around us everything was floating.
Our desire was to run away, but in someway, we were enchained from something inside us.
We knew, that we were feeling the same sensation. We were looking at each other, delicately you have took my hands, and that time you been you to say me: “We must to take a deep breathe”, and together we threw away the air from the lungs.

By now, we had learnt to calm , during the those twirls of new emotions from which we hadn’t know how to come out, when our hearts were at their limits, and our souls wanted splash out from our bodies, and our heads were about to exploding.

We knew that were the little sticks to make us feel like this: they had waited for long. They have broke themselves, and their energy was wrapping us.
We had knew well they were them.
Despite we had took that breathe, our heads were still spinning fast.

You have looked at me profoundly, and with your deep, sweet voice, you have said me: “It’s time…” and without further explanations, you have took the big stick, and your little one, and then you looked at me, then my stick and me, I taken it.

Slowly, you have helped to got me up, and we went in front of the grey door, we have opened it, and in front of the apartment we have found Fenkuz, who knew the moment would arrived soon.
He was stood in front on the door all this time, without say and do nothing: he was just awaiting for us.
Far there were all others.

In silence Fenkuz accompanied us in the shack and, inside, he left us and, hand in hand we came in front of the crooked mirror.
In Our Parallel World has fallen a strange atmosphere, between the real, and the surreal, and we were about to fall in the surreal one, we had supposed, and we had supposed well.

In front of the crooked mirror we did not see us reflected, but we could see the shadows of the inhabitants of the Blue City walking, and far we could hear the noises of the city, and some perfumes merging each other.

For a second we looked at each other, and right after you held tight my hand, and you have left fall the big stick on the floor, and a second later we were been sucked inside the crooked mirror.

We has been rounded by a twirl of thousands, and thousands of colours, and the speed of the push has been so great that almost we were overwhelm by our hearts that seemed splashing out from our bodies: we could looking at each other, and it was the only thing that has assuring us.

The jump seemed had no end.
You held back me tight at your body: you was my anchor.
Suddenly the push it slowed itself, and it seemed we were about to fall in a black hole.
In reality was only the entrance in Blue City.
But where we fallen, they weren’t the usual alleys in which our guys were landing.

We were found us in a zone of the city that we hadn’t recognise in the map.
We were under a bridge where one time there was a river, we had figured.

The environment around was grey, and it seemed isolate.
We could hear just the noise of some dripping gutters.
We came out from under the bridge.
The sky was grey, and it contributing to create around us, that atmosphere from which we absolutely wanted to escape.

But it seemed we couldn’t go away from that grey zone, and the noise of the dripping gutters were resounding in that whole deserted zone.
We knew that we couldn’t return from where we were arrived, but from another alley marked on the map.
But as long we hadn’t know how to escape from that grey zone, we have decided to got back again under the bridge to think what we could do.

We were also exhausted.
We leaned against the wall: you have embraced me tight, and you have said me: “We must to rest a bit… then I will looking for a way to come out from here…”.

The sound of the dripping gutters was resounding in the isolate zone.”