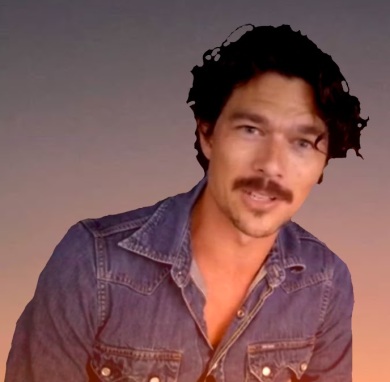 Said us, has been much important, but at the same time stunning.
In some ways, we knew that our parallel world turned around us and not the contrary: each feelings, each emotions that we had, were going to complete a little piece of this world, but now we had the complete awareness of it.

We were in front one another, and without say nothing, we looked at each other.
Softly you have took my hand, and for a moment i have looked at what you had, as soon done.
Now even, the most tiny thing was becoming the most important.

Aware of all to have exceeded a new level, the first one inside of our parallel world, we looked at each other, and we didn’t know what to say: I had million of questions about the gap between the two worlds, but none of these questions it would have able have a reply.
We knew it: just Fenkuz or the Markùts have could reply, and I knew, that in some way, the Markùts would have replied to these questions without making others.

Outside, day was becoming one of brighter, and delicately warm us since when we were there.
We have opened the door and we came out: without rush, we had decided to make a little walk till the lake, and there, you have helped me to sit on the opal rock that was on lakeshore.
You was looking at me knowing what was the thought that pounded my head in those instants.

All in a stroke we heard the shrill voice of the little Morgur who was running toward us: with him, we have spent a good half hour.
He made us always laugh: he always looked for an excuse for don’t execute the orders of the Big one, but at end he had to go. We had saluted him with a big caress and his fur was become brighter.

The Markùts knew that there was something i wanted asked them, but they didn’t move themselves from where they were: they have waited for us from our walk.

They were always there, close to the little bridge.
You was about to called them, but I’ve stopped you.
All in a stroke my heart jumped in throat, and I looked at you, and in sigh I said: “Let everything how it is… I have a role here, and I don’t want ruin it.”
I was looking at you. You was stunned, but you have understand which I was feeling in those moments, and you have shyly smiled me.

Fenkuz from his bush was looking at us.”