Looking at each other.
Your sweet movements it was filling our souls of something always more indescribable.
Our minds were connect one with another, and we had know that we were seeing the same thing. 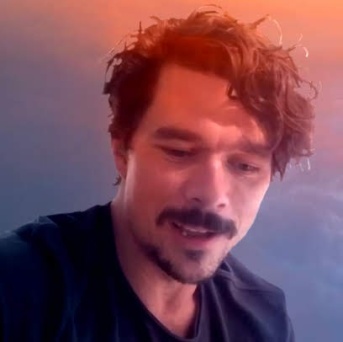 In someway, been in the opal surrounded by our own emotions, it has gave us the power to projecting us in the same dimension, and feel the exact same emotions.
Now, we had know: all those emotions that we were feeling in that moments, slowly, were transfering themselves in the opal. And also the sweet orgasm that we were reaching, after being explode in us, would be transferred in that precious place.

We have reached it at the same time.
Our fingers were crossed one in another, and our eyes were one in another.
We remained breathless, while the contractions still pulsed still inside us.
We were surrounded by suspended atmosphere, and also a little whisper would have broken it.
For a little moment, we have held back the breathe, till also our heart beat got back normal.

Always more, make love was a marvellous experience.
We had wait for the last pulsation had fades, for talk….for whisper.
“You, a witch, me a human who has became magical… and we are everything this”.
You have said this, as if you still didn’t wanted believe it.
I was looking at you, shyly smiling to you.

I’ve caressed your sweet face. Your mind was full of words. I understood what were your feelings, cause they were also mine.

A wonderful world we hadn’t never seen, and we were creating only us with our feelings, emotions in what which we believed in, it was around us.

You was about to talk again, but I’ve put my finger on your soft lips approaching me to you, softly we kissed again.”