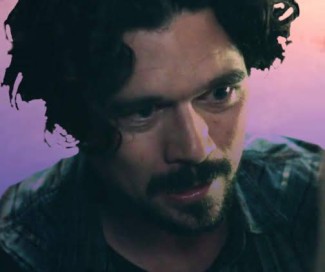 Suspendend moment after this magical awakening, we have looked around us, asking ourselves if we had destroyed the Nothing, but above all we asking ourselves if we, for real were ok.
Our emotions, now, were a little in confusion.
Yes, we had faced up to our fears, but did we have had defeated it? This still we didnt know it.
Now we didnt care of it. The most important thing, was that we were feel good.
But also if we had got hurt us ourselves, we were healing eachother. We didnt know this. Our hands touching, were healing every wounds we were done us in the fight. That’s one of the, unconcious, reason we didnt wanted divide our hands. I was healing your wounds and you was healing mine.
We were feeling this flow ran in our veins, and only now, we have understood it.
Was a moment of more fusion of our souls, and we were understanding in that instants that our magical flow was such powerful.
While we still looked at us, and we were compreheding all this, the Morgur were still in front of us, staring us.
Now, our only desire was to return in our appartment to rest, and from what which we had know, we had to crossed Our Parallel World.
We got up ourselves and were slowly returning to the walkway in front of the entrance of our world.
We were much tired, for comprehend the Morgur, but we would have to make more attetion to what they tried to say us. They wanted try to say us that, in someway, they had transfered all our appartement in a peaceful place of our parallel world. They have done all this when we were fighting against the nothing.
We were crossing the Morgur village bordeline, but we were stopped by the little one, the more brave of the little group, and he directed us toward a solitary path, given us a kind of key. We have understood to must walk till the end of this path and we would have find something special.
What we have found, was our appartment in the middle of a big green space with trees around. It was such beautiful that we remained breathless.
We entered. They have didnt touched anything.
We were in our appartement and we were in our parallel world. We were speechless, but in equal measure, we didnt have any force.
Looking at us around, we went upstairs and without any efforts, we were fallen asleep.”