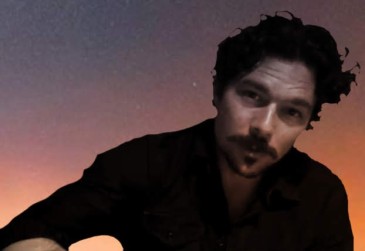 We looked at each other.
Whispering, we said: “Let’s don’t stop”, and slowly, we have crossed that black line.
Those steps seemed had no end: our hearts were beating hard at unison.
Seemed, they were fighting a battle against the whole universe.
The entrance in Our Parallel World was so close.
Just another few steps, and the Nothing would be behind us.

At last step on the Nothing, we were about to enter in a safe bubble, but we were got relax too soon.
While, I was about to lift my foot for enter in the bubble, I felt something, such as a force that wanted hold me back.

You was keeping my hand, but suddenly, you have felt I stopped myself: I was petrified, and I wasn’t capable to say nothing.
The Nothing was sucking me inside of his vortex: It had took my foot and I was about falling in of it.

We kept staring at each other, until our shimmer in our eyes has destroyed that catch of the Nothing, and you have lifted me up.

We entered in the bubble, then in our Parallel World.

For a moment we stayed there without moving.
We wanted to just stare at us: taking again breathe, and then we would across the pathway.
We did it with much calm.
I knew what were your thoughts in those instants: I’ve tightened your hand stronger.
We stopped in the middle of the walkway and we looked at us for a moment one more time, but seemed lasting an eternity: we threw away all the air we had from the lungs.

“You will don’t ever loose me. Remember it. NEVER”, I said looking at you.
You have sighed.

Slowly, we started to walk again trough the walkway, where at end, the Markùts waited for us.”