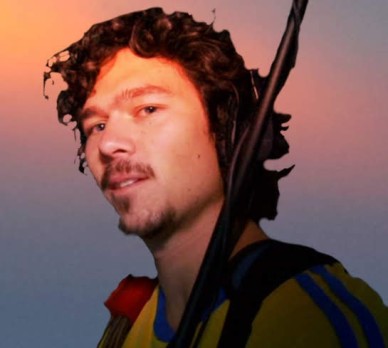 Were  sweet and our glances were deep. We had not realize that we were unleashing a force more bigger than us and around us was creating itself an atmosphere, almost came from another period.
We didnt take off our eyes one from another. With no say nothing, we said us ‘It’s happening’. Slowly we drunk the last water from our glasses, and right after we holded tight our hands one in another.
Slowly we had go trought a temporal path.
We were found ourselves in a wood, audience of another scene of our past life. But this time, we were looking at it from outside.
In the middle of this little woodsland, there was a fire was burning.
There were three women, amongst them, me, and you was who was watching what me and the other two women were doing.
It was ritual.
At a certain point, you was took by one of the women and you was been put next to the fire. The other woman made the same with me.
We were in front one another.
Unconciously we had took our hands and we didnt take off our eyes one from another.
We were alienated from which the other women were doing. But we were feeling what they doing. It was a chant. And more this chant made itself louder, more the fire got grow up in the air. And the fire was changing its natural form with another symbol that we had know well.
The fire when has changed the form, by now, was high in the starry sky.  And when it has exploded, we, audience, had seen our own faces in the lastest sparks of the fire, while attended to this scene.
In the past lives, we had seen this scene, this precise moment of our future life, and now we  of the present, had attended to the our past life while the future and the present was merging together.”

2 thoughts on ““Our touches”