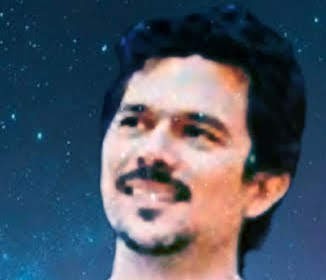 Us was exploded a great bubble in which were collect all the emotions we had felt till few minutes earlier.

Each emotions were tangible and were floating around us: as fireflies and we could see them. These were our feelings.
We were seeing fly our sensations.
Each time they were posing themselves close to us or above us, to rest themselves, was magical.
We were relived our feelings, as if the very first time.
They were little doors that opened themselves in front of us and each emotions was there.

We were seeing of how our parallel world was made.

We threw away the air from the lungs, and our hand were approached one another
We were, as fascinated, from what we had created till at those moment.

Your apartment was, as disappeared.
We were wrapped by a suffused light that has covered everything.
In someway, we were in a black hole, but it wasn’t at all.

The colour we were seeing around us was a soft blue with these little fireflies that symbolized every feeling we had felt.

You was looking at around, while you have took my face in your hands, then you have looked straight inside my eyes, and in a whisper you said: “All this it’s… wonderful, look what we are creating.”
In few seconds my heart was about to explode for the millionth times.
You was approached yourself to me, and you have kissed me.
Our hearts exploded together, and it was born a new firefly, and it went fly toward the others.

A new our emotion was about to merging up with the others.
We tightened us strong.”