It was arrived my turn to throw out everything behind of my shoulders.

You didn’t ever asked nothing about my past life, but in your last glances, by now, there was always that question that you wanted ask me for long.

I’ve started to talk, after I took a deep breath, for then throw it away from the lungs, and took your hand, and I tightened it softly. 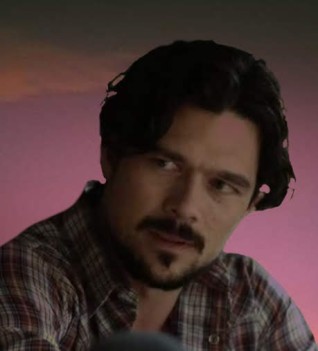 You knew, that you would have the reply to that your question.
“I always lived with my parents, till I have sent them to the hell: the reason has been a guy that I met again at a party organized by them. This guy was a son of friends. I had always a weak for him, but I didn’t knew if him felt the same for me.
At this party we had have a lot of fun. We were always been together that night.
But at that party it has happened a bad thing.
After we have talk much, he decided to go to my dad to declare his love for me. In those situation, I thought, it was so romantic, but I didn’t realized that he was drunk, and he made himself in ridiculous:
I was blinded by the feelings that I was feel.
At this party there was almost a fight between my dad and this guy.
I was come out, I went to in his car, and I had to wait for him.
I had decided to leave with him. I had wait for him for hours in that car. I ever seen him no longer.
I was so angry, and I have decided to leave the house of my parents.
Fortunately the owner of the bar, had a room that he wanted sell for few money. I taken it. I have had no longer news from my parents and from that guy.
They were passed 7 years from that day, but from that day I’m feel more free. I was as if i was chained. That same day I moved myself above the bar, and from that day I lived there.”

I was about to finish the phrase, but you’ve done for me.
”Till you was fallen, and I helped you to got up.”

You have said that phrase as if you was been capable to make everything disappear, and wrap everything in a magical dust.”