Was watching her, i was watching you and i understood many things you have didnt say me.
Her glance was lost in vacuum, but she tried to be focused, but  in her eyes, it could see, her confusional state.
Suddenly your glance was set on me. I felt myself, as if i had put myself  in the middle.
My heart was going crazy, i didnt know what to do.
I knew, the wound was still open, but for which what i could see, it was better that you had see that scene and the wound had bleeding yet and then you, close that door definitely.
I could, feel your emotions. They were fighting  one against another. 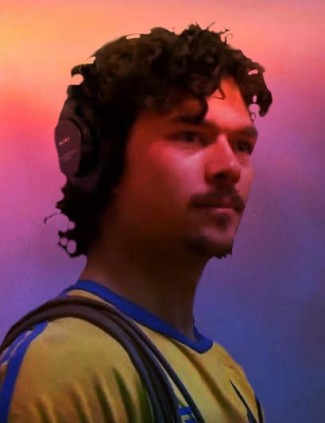 Your hands were holded tight in mine.
And when she came out from the bar, she was more drunk than when she was enter in, i took a deep breathe, and slowly i’ve began to stare you, and you was, lost in your thoughts.
Right after, you have looked at me in silence. Just few seconds after, you have whispered me ‘Let’s go away, i need to stay alone with you’
To go back in your apartment,it would been a journey,  too long. I’ve felt you had have need to stay, immediately in a peaceful place and my apartement was just above, the bar, and in my jacket  there were the keys.
This time, i was me, that took your hands and slowly we were came out from the bar and we’ve done just few steps and we’ve done few stairs, we have reached the door and i’ve opened it and we were entered.
Without say nothing we have done few steps and we were lay down on my bed.
Face to face, you have started to caress me and i have left you do.
I knew, you wanted delete as fast possible, what which you have seen and to go on.
You have closed your eyes, while you was still caressing me. I had closed the eyes too, but suddenly i’ve realized you have started to touch me in a intimate way, and i’ve began to moan. I did believe to dream, instead were your hands that were exploring what was there between my legs, I’ve opened my eyes and you was looking at me. ‘I need of this’, you have whispered me, taking me off slowly the briefs i had on. ‘ I need to feel me inside of you’
We were looked at us one in another. Silently.
Slowly, you have approach me and you have kissed me sweetly, while i have felt you was gently, penetrating me.”

“You was already ⇒