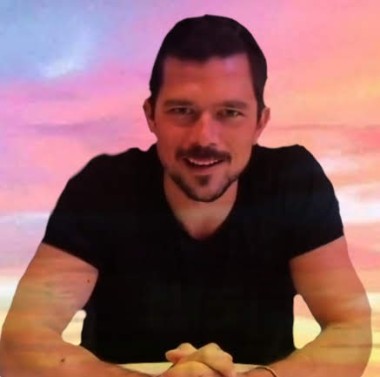 Was exploding when your eyes were placed on that sheet, where i wrote that poem about you. You have read few words and suddenly you have lifted your glance toward to me, while i was breathless and i was looking at you. Around us the people was talking, but it was as if we were been transportated in an other place. The other people seemed like ghosts who walked trough that bar looking for something they would never found. The only real persons we were us. We were arounded by something like a mystical aura. It seemed that it wanted protected us. I was look at you while you was reading the poem, and in meanwhile, my heart leaded a fleet of emotions, ready to fight.
Slowly you have placed your hand on mine that it was on my leg. In that moment i’ve thought to escape… run  away as faster as possible. I wasnt able to resist one more moment, but how i would could? I was there, with the most sweet guy i had ever met in my life, and he was reads one of my poem. I was look at him. He seemed completly dive himself, in what i wrote. And really he was.
Ocasionally you lifted your eyes and you have launch some sweet glance to me. That reading seemed has no end. It seemed, as if you, want absorb each words that i’ve wrote.
Your handshake seemed more stronger to the end of the reading. Slowly, you have placed the sheet in the middle of my open diary, that it would be closed as soon the sheet was left by you. After a suspended moment, where our thoughts met themselves, our glances met too. You was seemed speechless. I was more than you.  You didnt ever have asked me who was the main character of that poem. You knew it already. Your hand still holded mine. And you eyes were on me. I felt myself die inside. Your hand was so sweet on mine.”